This dish is so good that it also reached Korea, China and Japan where they call it “rouru kyabetsu”.

A little bit of chicken stock

Peel and mince the veggies into small pieces. You can grate the carrots but it´s hard work and it doesn´t change the final result very much. I prefer to mince them.

Fry the veggies. I prefer to fry them separately, but you can fry them all together. If you fry separately, the best thing is to cut and fry: while one veggie is frying, cut the next vegetable. If you cook them all together, you must fry them according to their cooking time, I mean, the red pepper needs to be cooked time longer, so I start with it. When its nearly fried I add the carrots, then the onion, and lastly the leek, which needs to be cooked less time. 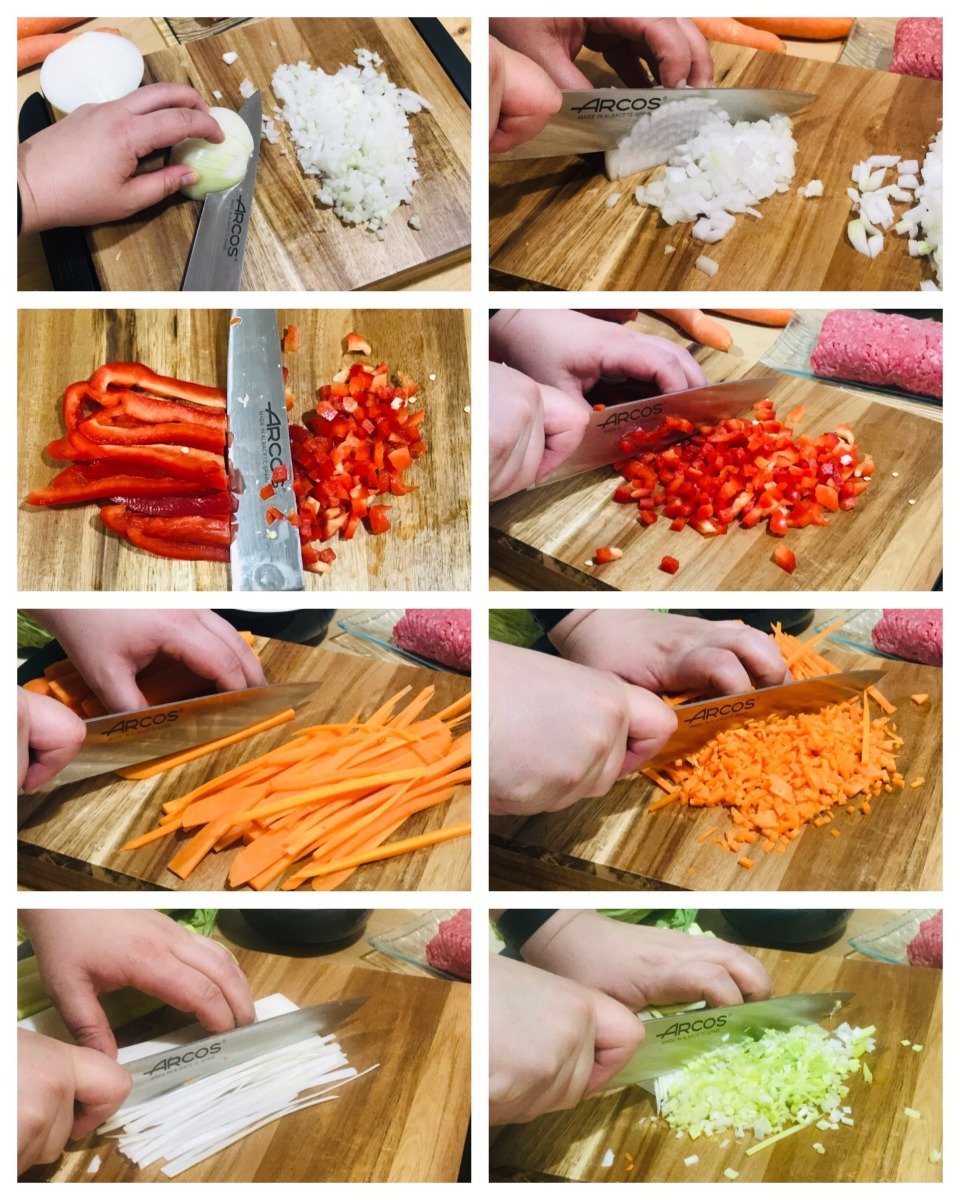 While the veggies are frying, boil the rice. Put water with a little bit of salt in a pot. When it starts to boil, add the 200 gr. of rice and turn off the burner. Let sit for three minutes and strain. It will finish cooking in the cabbage.

Put all the ingredients in a bowl: the minced meat, the fried veggies, the rice, the spices, two tablespoons of tomato sauce and the chicken stock. I used to concentrate the chicken stock and froze it in cubes. I use two cubes in this recipe. Mix well.

Now, we are going to prepare the cabbage. You have to separate each leaf, one by one. To do it, cut the base and separate a leaf. 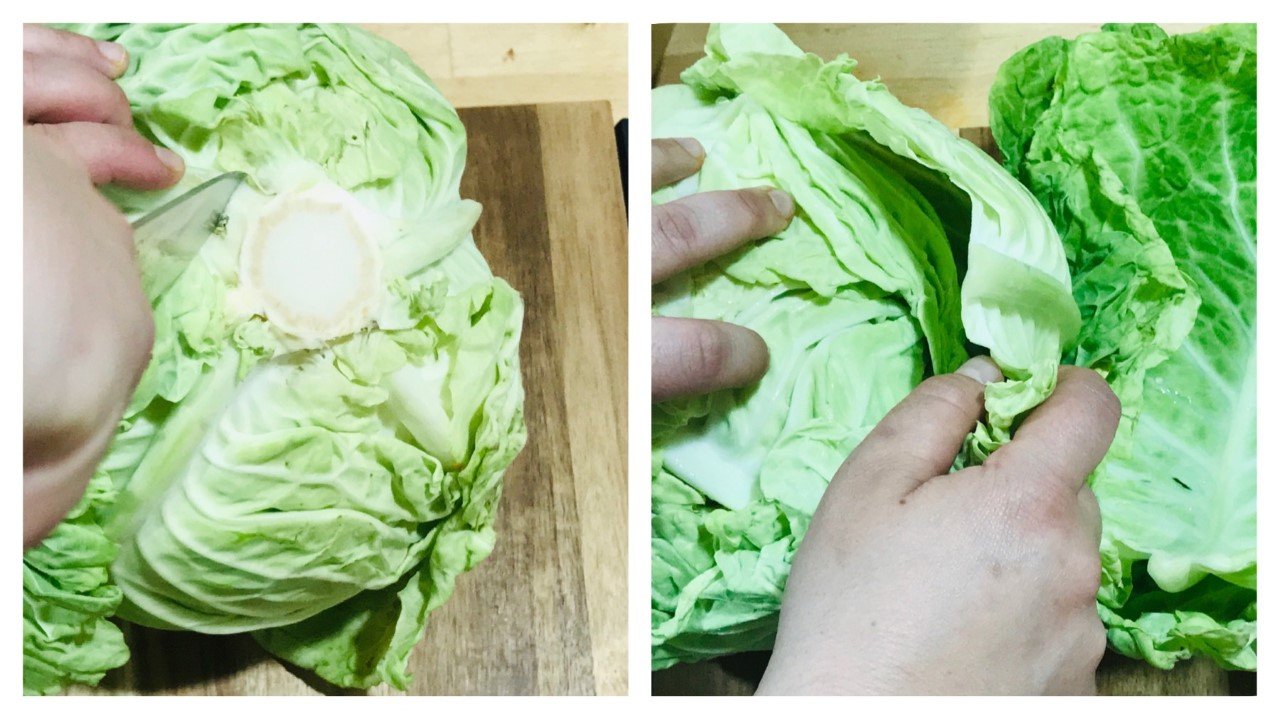 When you have all the leaves separated, bring water with a dash of vinegar to a boil. The pot must be big enough for the biggest leaves. Scald the leaves one by one, for a few seconds, until the leaf is soft. This is very important because if you don´t scald them, you won´t be able to roll them. Reserve a few leaves, the broken ones, the smaller ones and the exterior ones.

When you have all the leaves, its time to fill them. You have to cut the tough part at the bottom of the stem. In the bottom of the pot, put some of the leaves that you have separated. We want to create a base to protect the cabbage balls and make sure they don´t burn. Put in the filling and roll them, as in the picture. 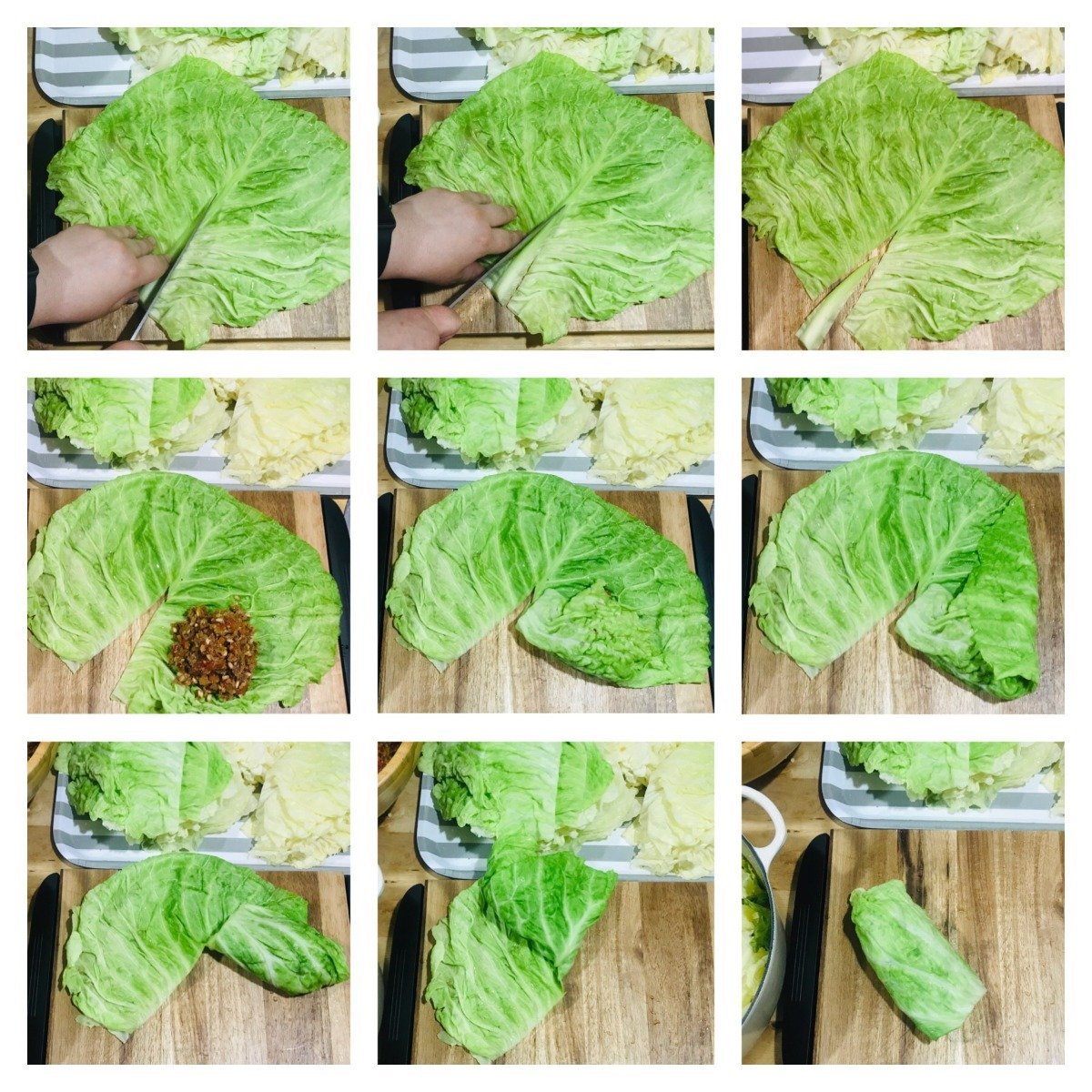 Heat the oven to 220º. Place every ball in the pot. It is important to place them together quite tightly, because if not, they can unroll. The rice will absorb the water from the cabbage and will swell, so the balls will be more tightly pressed together. Put some cabbage leaves on top. Close the pot and heat until it boils. Place in the oven for ¾ of an hour.

When it´s finished, take it out of the oven and let it stand for 15 minutes. Serve with sour cream and dill. I recommend you finish them the following day, always storing them at room temperature. If stored in the fridge, they aren´t as tasty. 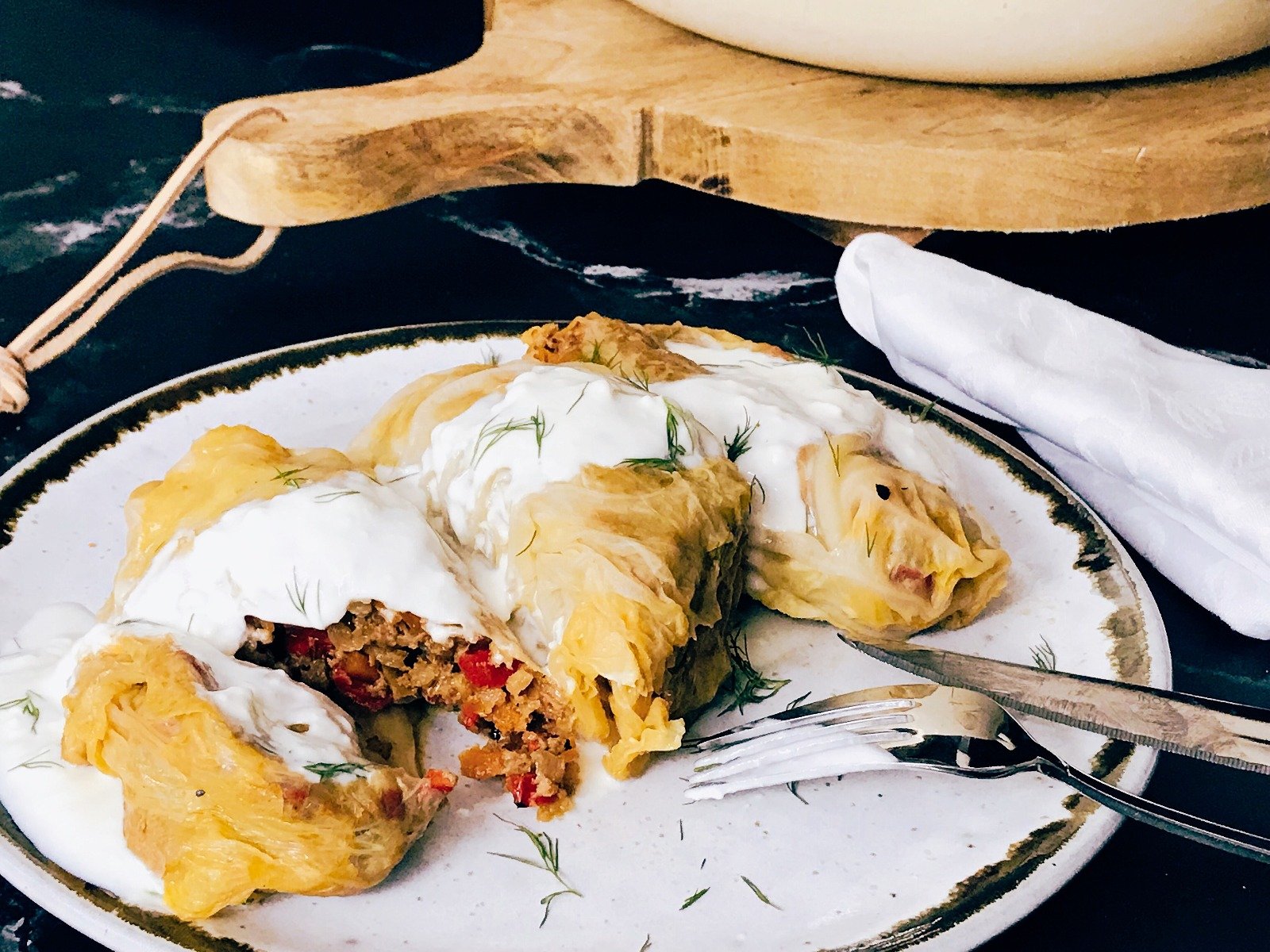